Building an AR-15 from scratch centers on one, core component: The stripped lower receiver. But what is it, exactly? The black rifle platform is interesting because the lower is the only part of the weapon that's even considered a firearm. Everything else – trigger, hammer, pistol grip, even the full-built upper that sends rounds downrange – is not considered a firearm. If you want to build your own AR-15, it's important to know the phrases and legal stuff. Today, we’re understanding AR-15 lower receiver terms: Complete, stripped, and the 80 percent lower! 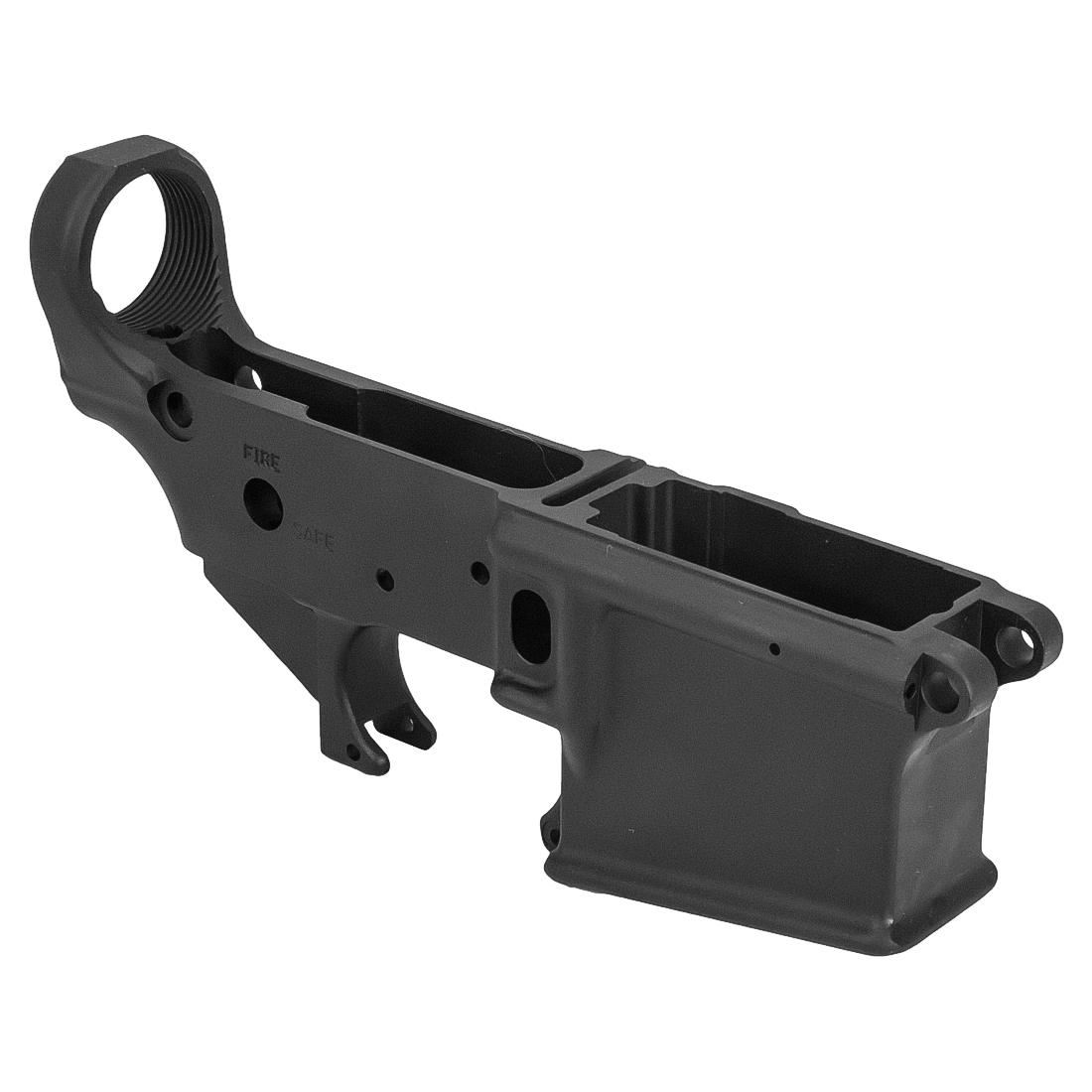 This is where the importance of the 80% lower comes in.

An 80% lower is an almost-complete, not-quite-an-AR-15-receiver. An 80% lower has (as the name implies) been about 80% machined and it roughly resembles the shape of an AR-15 stripped lower receiver. You’re responsible for finishing the last 20%. They're officially called receiver blanks. The ATF and current laws don't recognize the phrases "80% lower" and the like.

Note how the main trigger area is filled in. It hasn't been cut or hollowed out. This is why the 80 percent lower is considered a receiver blank (not a firearm).

An 80 percent lower is not considered a firearm because it hasn’t yet had its fire control group or holes for any pins drilled or milled. The ATF has (thankfully) provided their own clarifications on what they deem a firearm and a receiver blank: 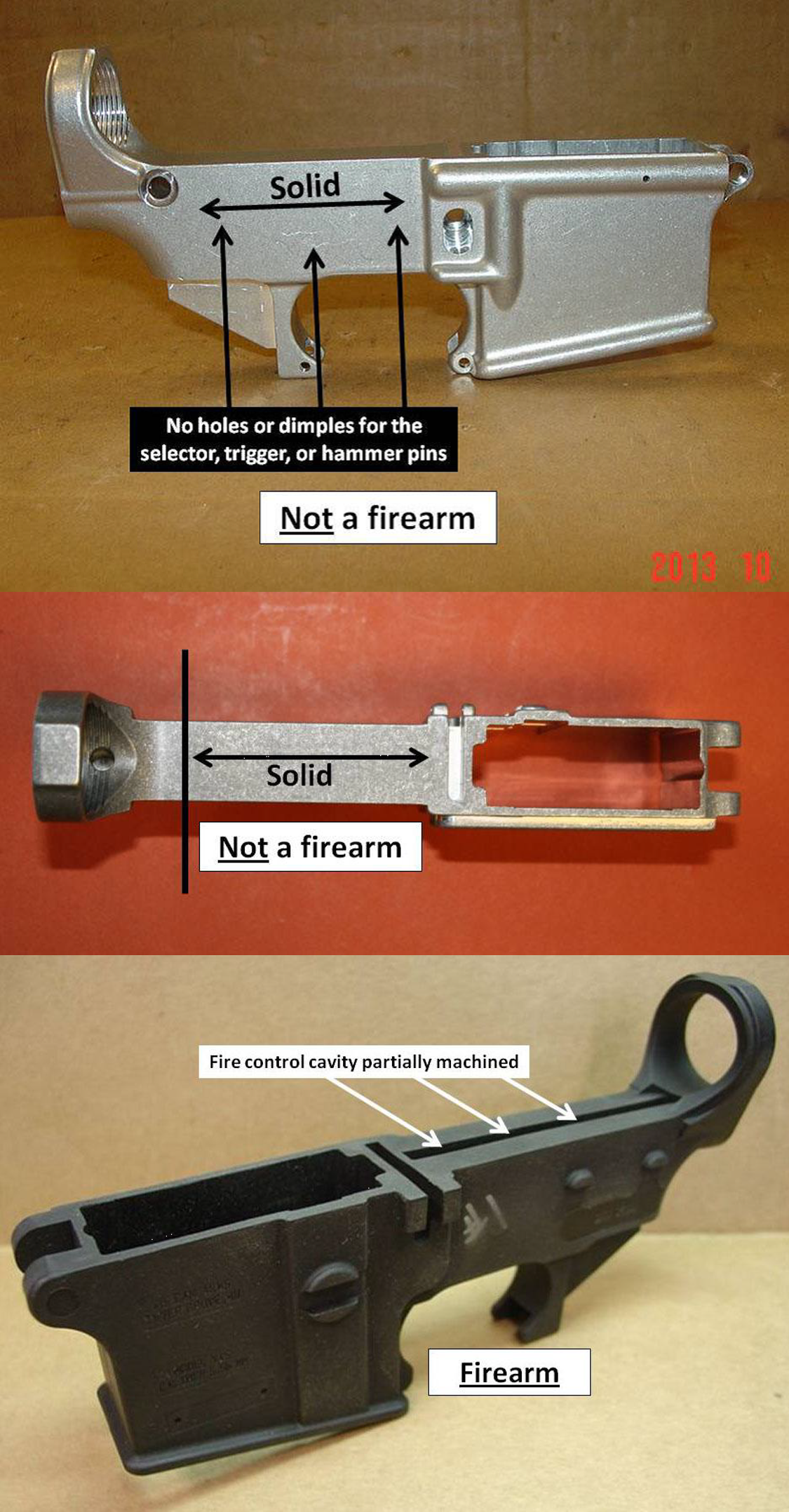 Once you start cutting and drilling that last 20% (which generally takes less than one or two hours, depending on your tools), you’ll be the proud owner of an AR-15 stripped lower receiver. You’ll also be subject to any regulations and laws subject to firearm ownership as defined by the ATF.

Know the laws of the 80 lower, first

Before you machine an 80% lower, it is critically important you check your local and state laws first. Some states require their own serialization or paperwork to be filed before you build your 80% lower. California, for example, will assign your lower a unique serial number through its own Department of Justice.

We wrote a full guide on state and federal 80 percent lower laws for 2019.

Some states also carry certain restrictions that dictate how you can even build your 80% Lower. If you’re building in California, you’ll also likely need a California-compliant Lower Parts Kit. These kits include an ARMagLock, a device that allows you to classify your AR-15 as a weapon with a “fixed magazine”, thus avoiding many of the draconian rules regarding the ownership of an “assault weapon” in the state.

An AR-15 Complete Lower Receiver is considered the complete lower 50% of an AR-15. It includes a stripped lower receiver, complete parts kit, and buffer system: 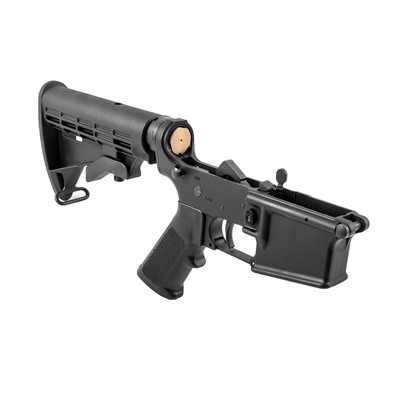 When you purchase an AR-15 Complete Lower Receiver, all you’ll need to complete your build is a complete upper receiver. You can only purchase a complete lower receiver through a licensed firearms dealer, called an FFL (Federal firearms Licensee).